I did some updates to the construction, because the previous version had some design flaws and I also had to use a slightly more powerful PSU, so the case had to be enlarged. 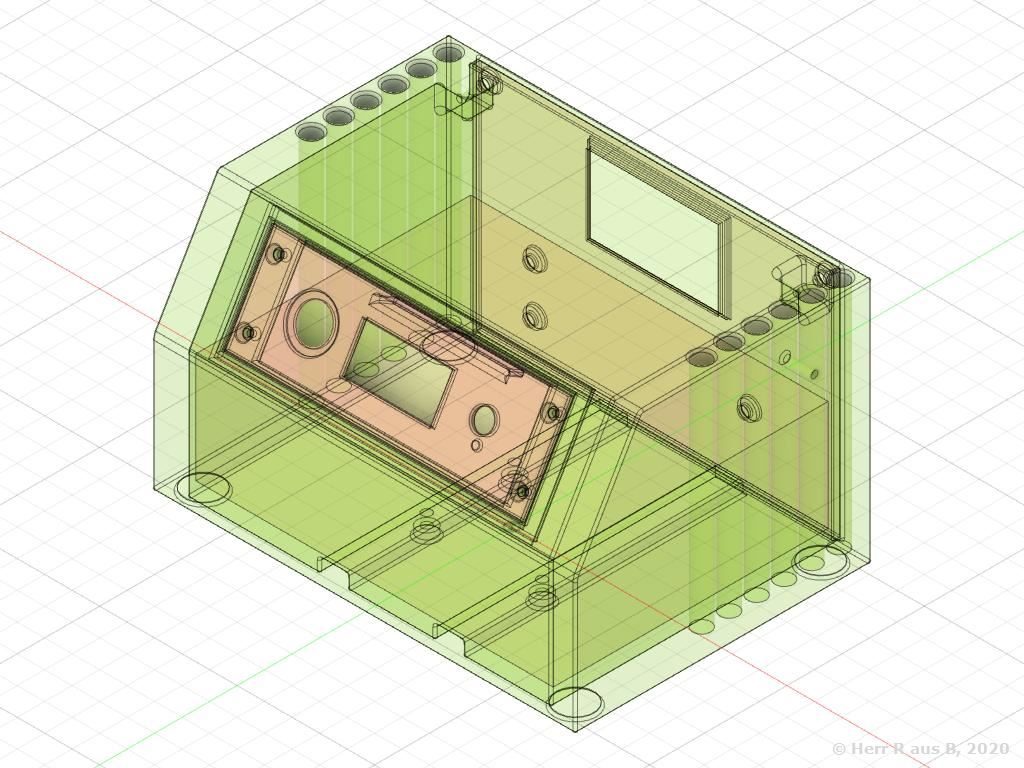 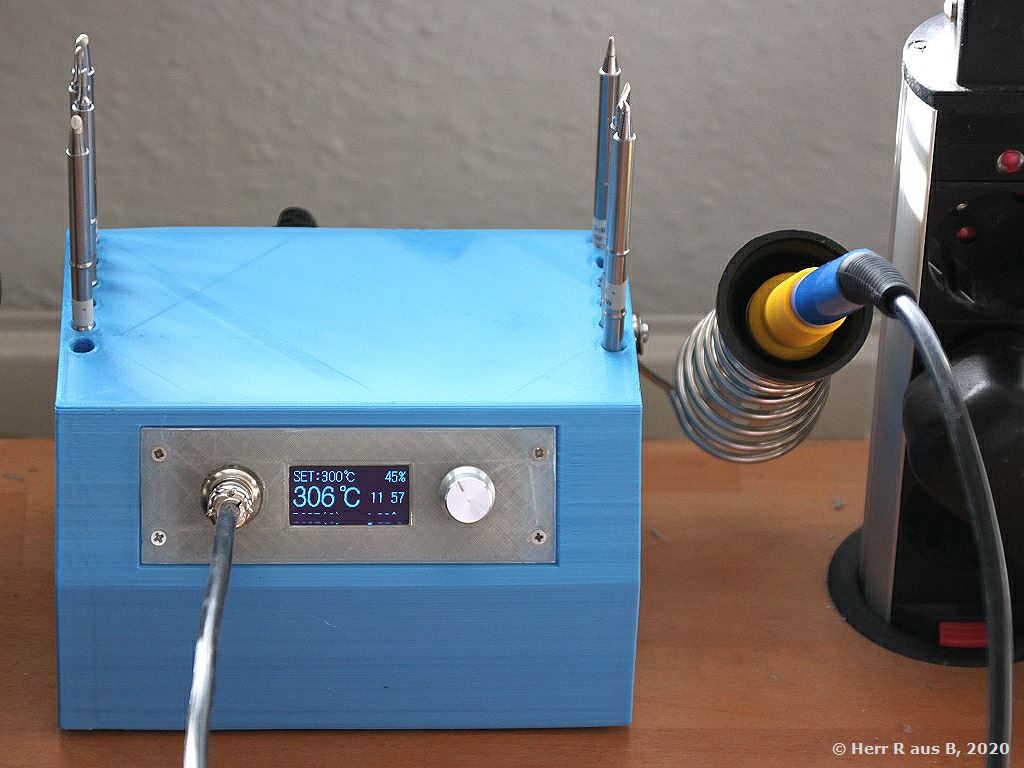 Recently those KSGER T12 soldering stations and kits became very popular, so I ordered the controller, a pre-fitted handle, a 24V 3A power supply, an IEC320 connector, a cheap solder iron stand and some T12 Tips from AliExpress.

In addition I used 0.75mm² and 0.25mm² wire, crimp connectors, and a JST HC 5 pin connector and header for wiring up all electrical connections. I used a 1A fuse for the IEC320 connector’s integrated fuse socket.

Modeling and printing a case

I constructed a case to house all the components using Fusion360… 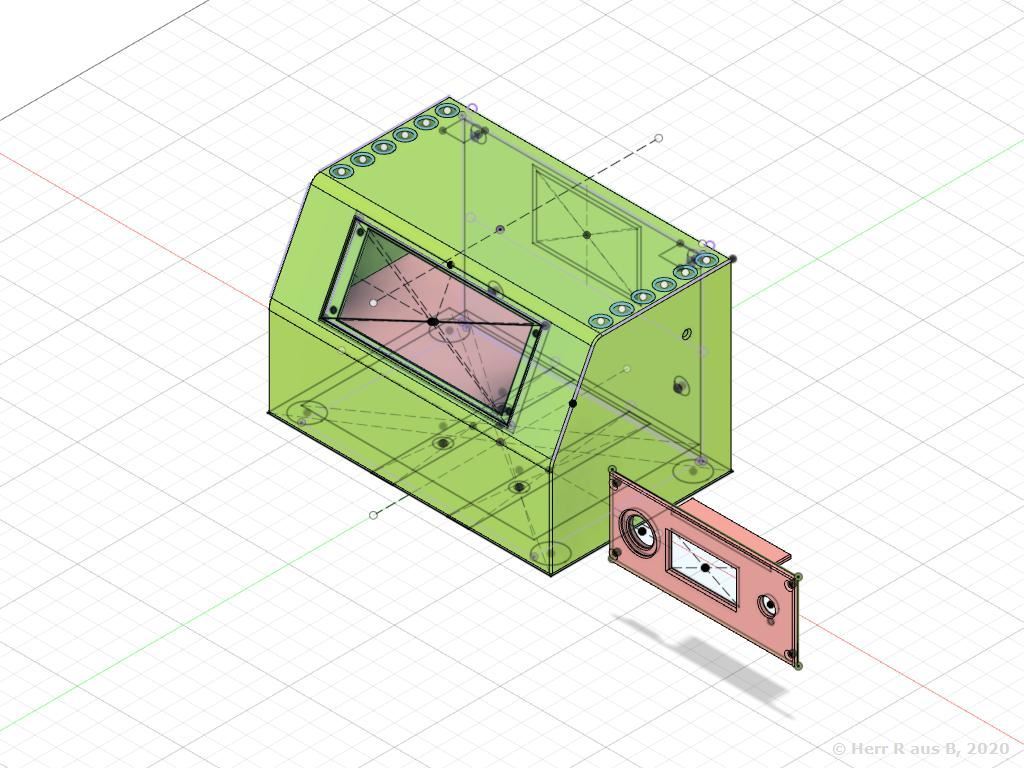 …printed it on my I3 3D printer and mounted everything: 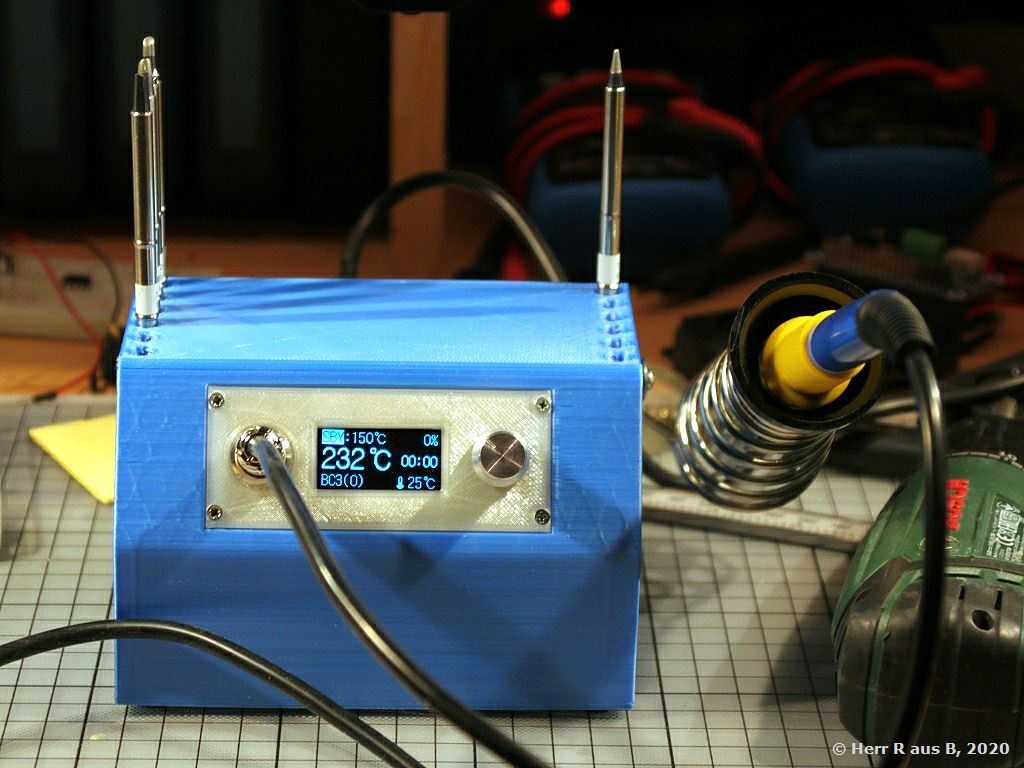 I made the model public, so you can download and adapt it to your needs. Also, the STL files can be obtained at MyMinifactory.

The actual construction of the controller PCB is rather strange as you would have to mount the 5 pin connector for the soldering tip somewhere and then solder the controller board to that connector. As the nut for fixing the connector to what ever panel used is on the inside of said panel. One then wouldn’t be able to remove the controller from wherever it is mounted to. 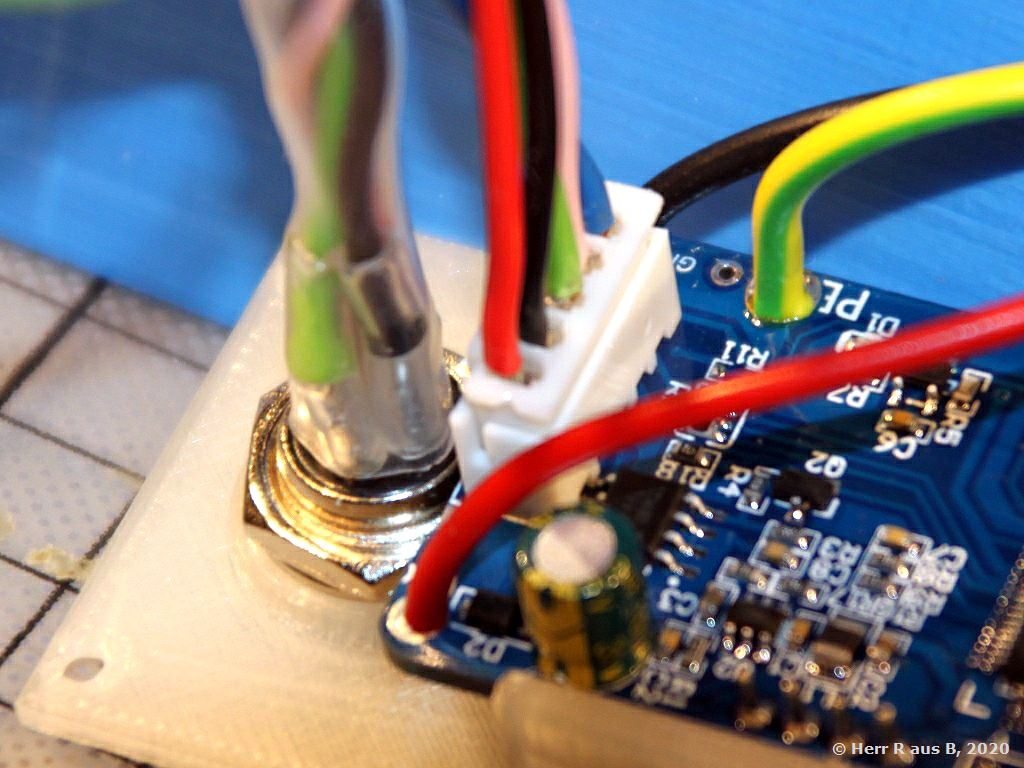 Crimp all wires for the IEC320 connector: 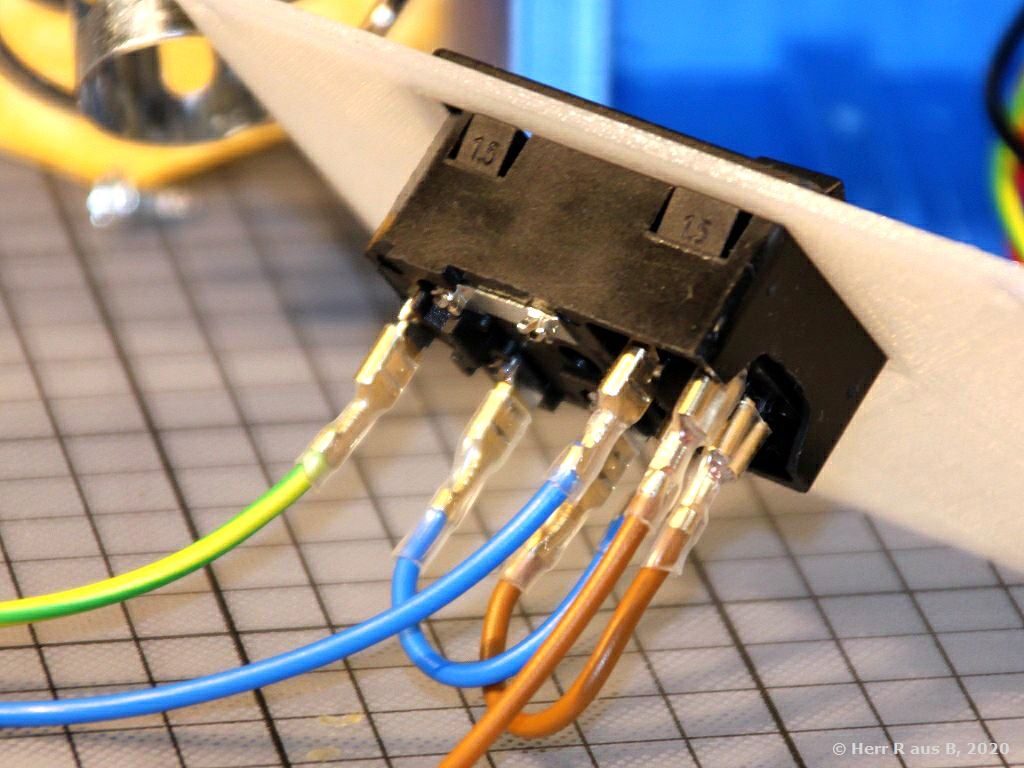 Crimp und connect all wires to the power supply. Make sure, you thread the wires for the controller through the opening in the case first!

All wires then need to be bend upwards carefully, because otherwise the power supply wouldn’t fit into the case: 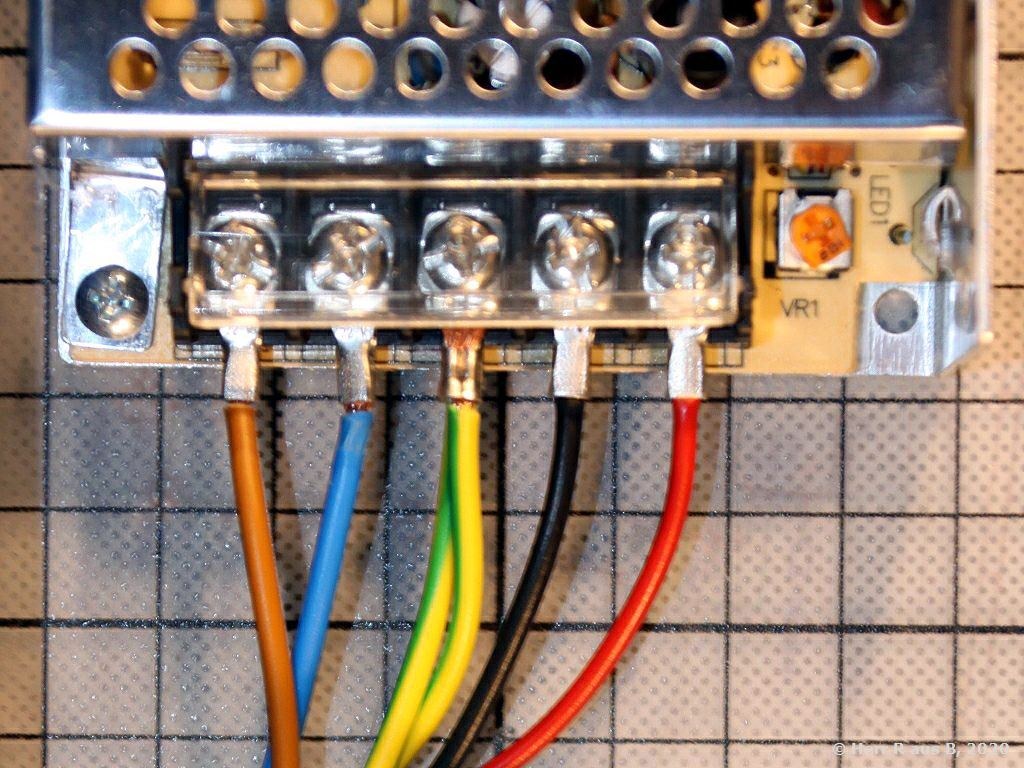 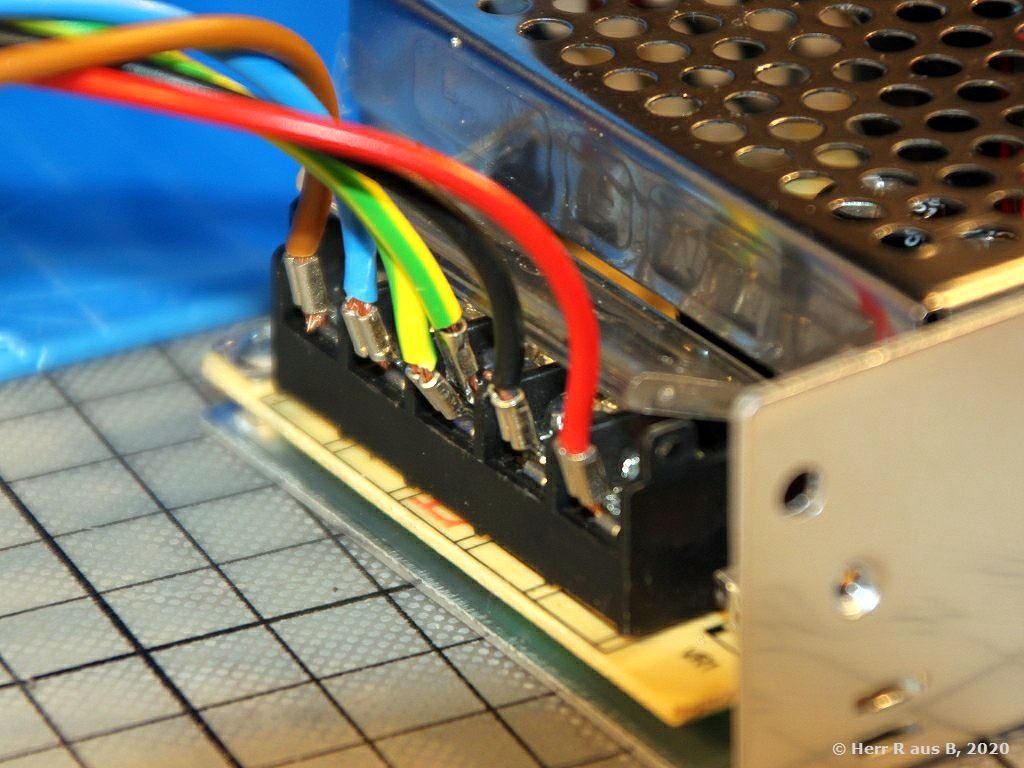 Insert the control panel into the case and lock it in place using some 2mm wood or metal screws: 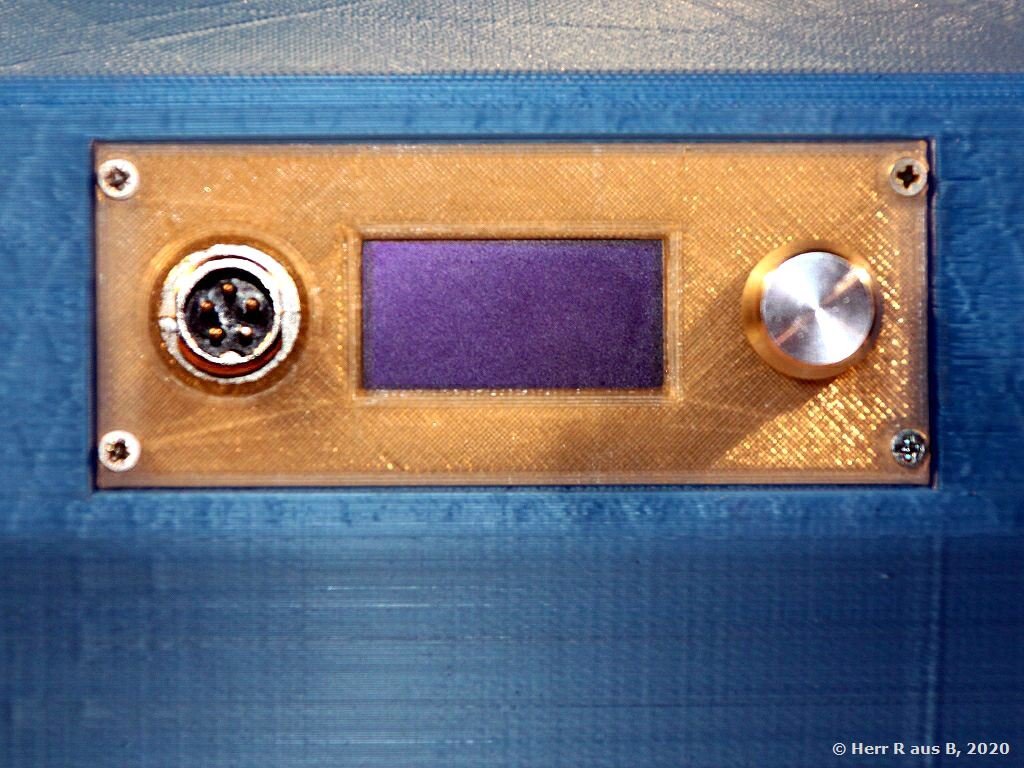 Slide the power supply into the case from the back… 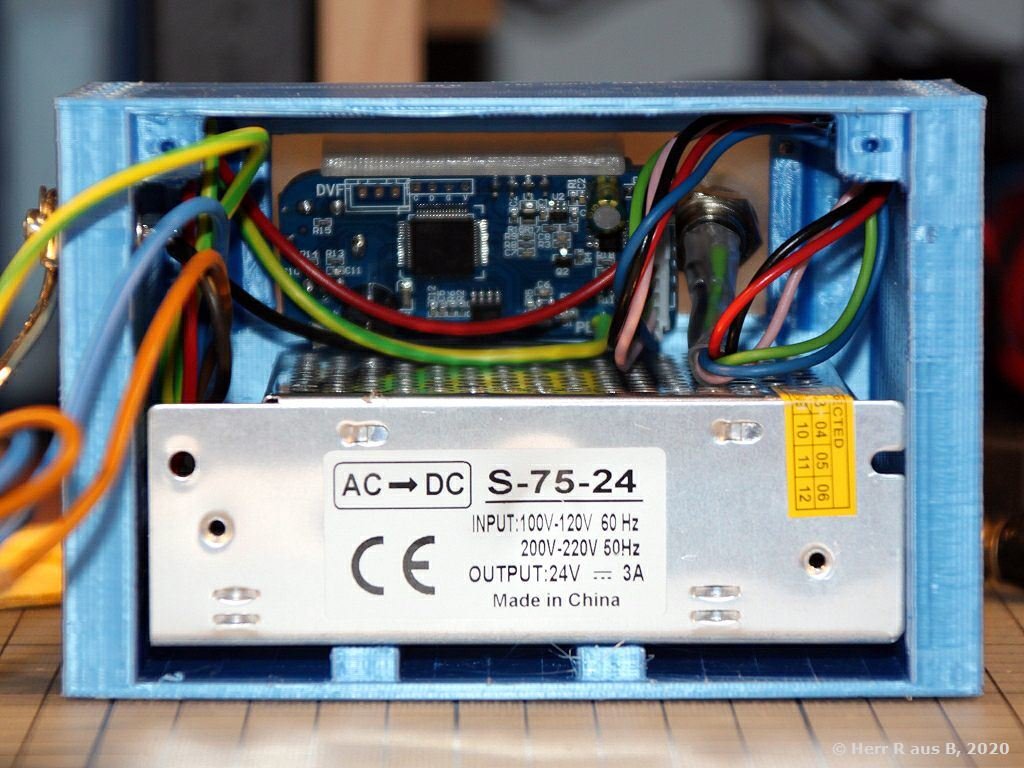 …and lock it down from the bottom using three M3 screws: 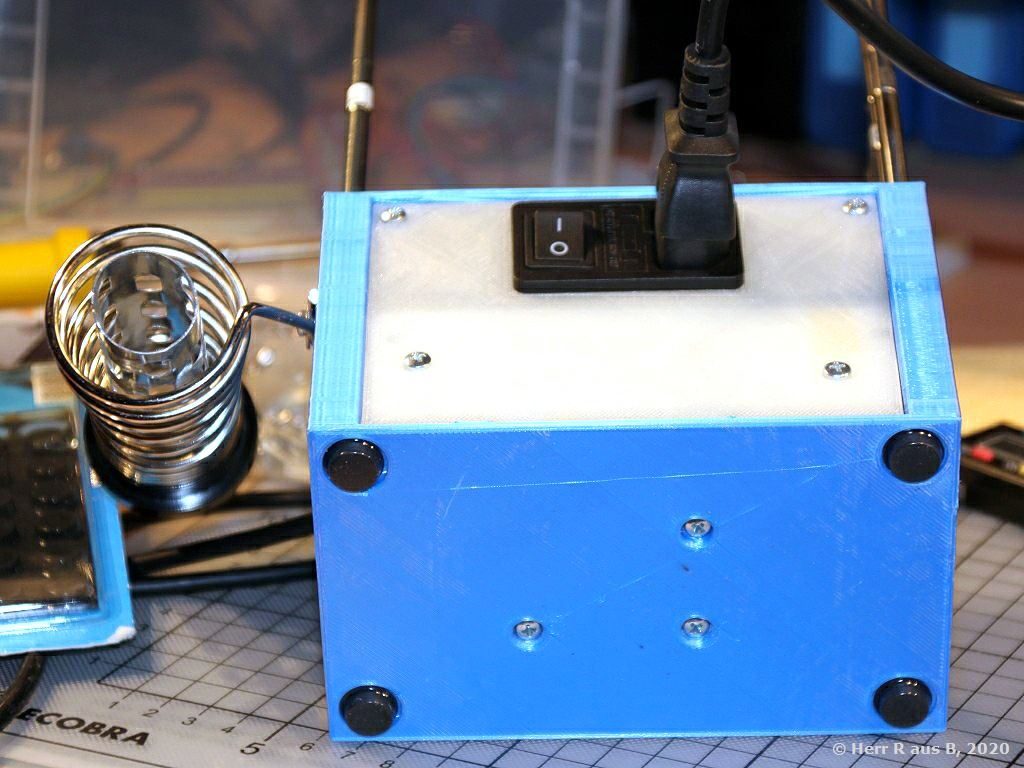 You might also want to apply some glide protection feet to the bottom of the case – the indents have a diameter of 14mm.

Mount the back plate to the case by fixing it to the power supply using two M3 screws and to the upper mounting points of the case using two 2-3mm wood or metal screws: 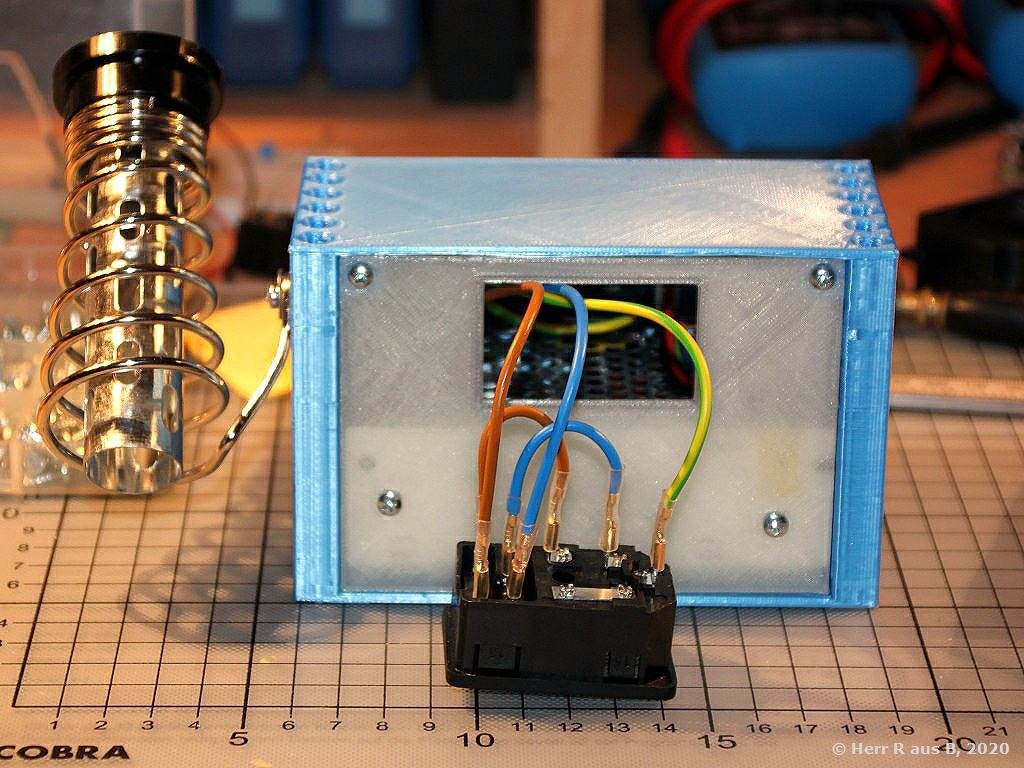 Mount the IEC320 connector by snapping it into the back plate in an orientation that suits your needs: 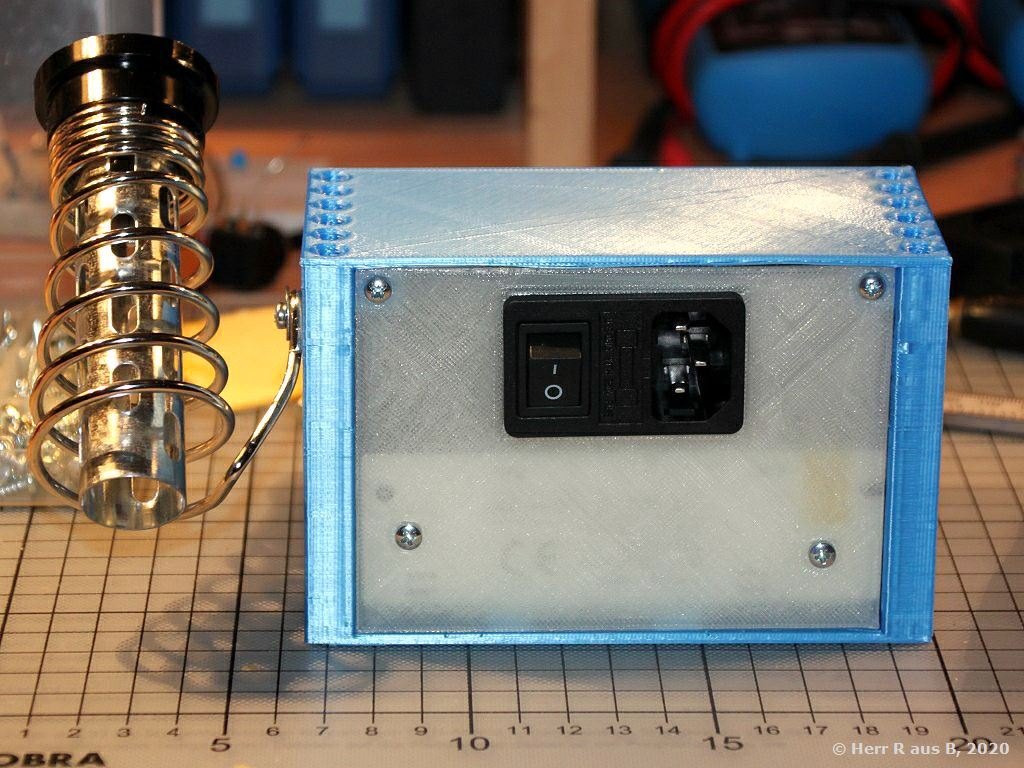 Mounting the solder tip holder is optional – the case has a 3mm through hole at the right side. I used an M3 screw, an M3 lock nut, and some washers to mount that cheap holder, I found on amazon: 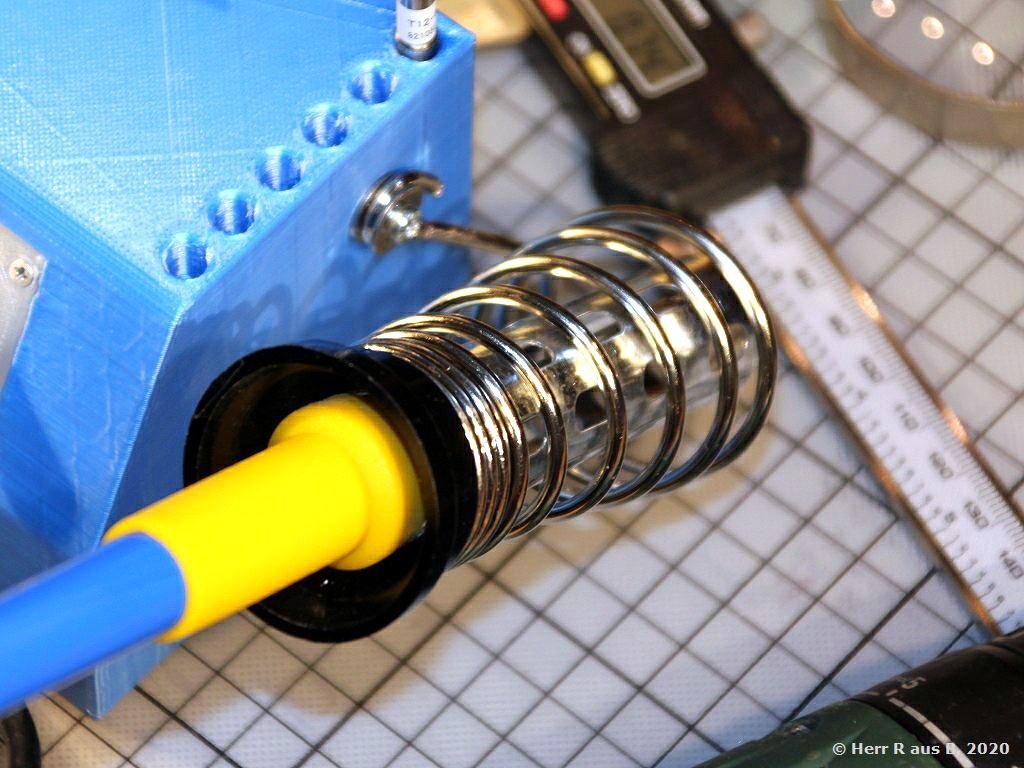 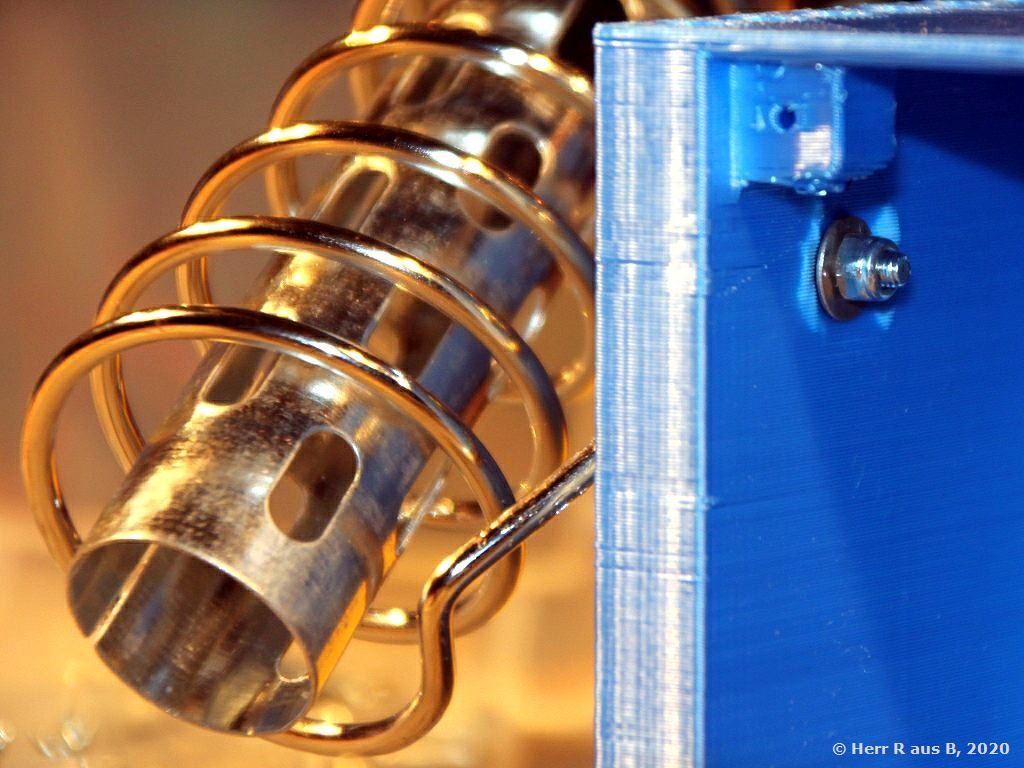 The case of the station also provides 12 inserts to store your T12 tips not in use: 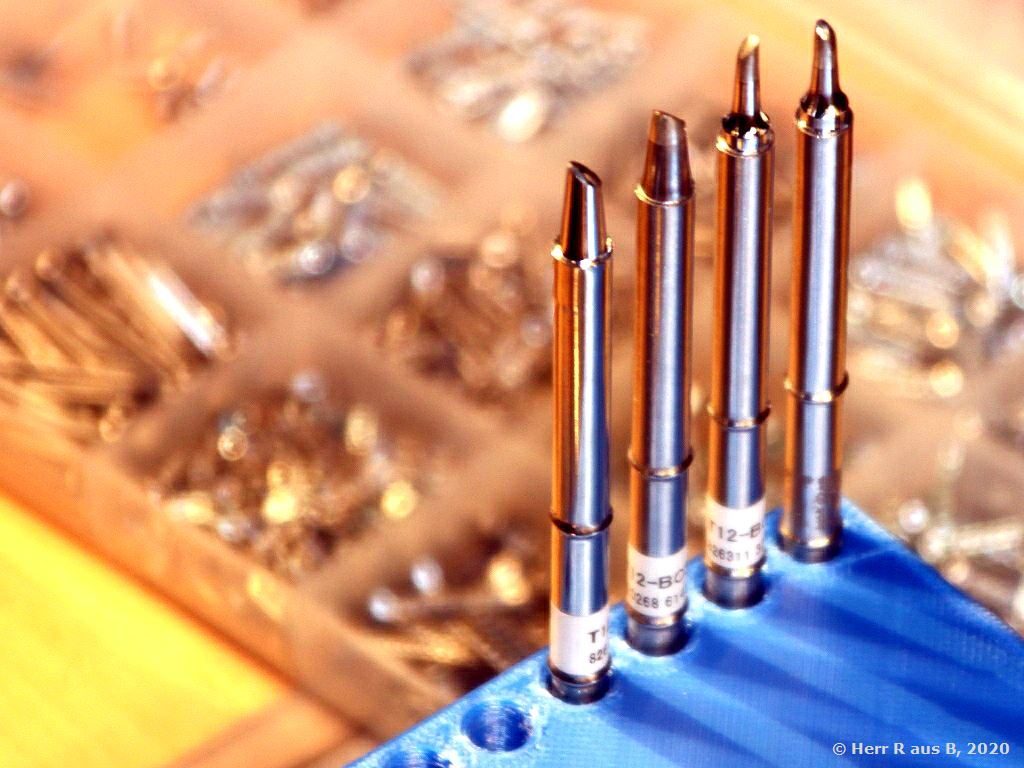 The station should now be ready for use – as there can be found tons of videos discussing these KSGER controllers on YouTube, I reccomend you just click here 🙂